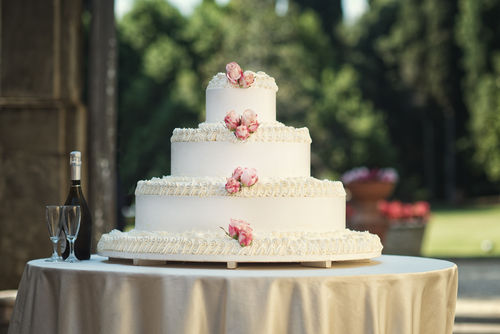 When In 1630 John Winthrop an influential Puritan boarded the Arabella he was headed to the “New Israel.” He gave what became one of the most famous sermons in American history. He described his company of Puritans as “God’s chosen people.” “We shall be a City upon a Hill.” he declared. The Puritans viewed church and state as fully entwined- a “Holy commonwealth.” “Theocracy or to make the Lord God our governor is the best form of government in a holy commonwealth,” wrote John Cotton.

The Puritans had no intention of establishing a society of religious toleration for Catholics, Baptists, Quakers, etc. but rather a Holy Commonwealth of purified theology traced back to John Calvin and the Geneva vision which executed non-Trinitarians. Increase Mather, a Boston Puritan leader, said in 1644 that “the toleration of all religions and Persuasions is the way to have no religion at all.” (Quoted in Founding Faith by Steven Waldman.)

The grip of Puritanism weakened as immigrants came from Europe throughout the 17th century and 18th centuries. Baptists and many other Christian believers as well as deists like Thomas Jefferson joined forces to advocate for what became the United States Constitution in 1787. The preamble of the U.S. constitution of 1787 reads as follows: “ We the people of the United states, in order to form a more perfect union, establish justice, insure domestic tranquility…”

In contrast to the preamble to the U.S. Constitution and the first two paragraphs of the Declaration of Independence the propounding of the Ten Commandments to Israel, a theocracy, begins with “I am the Lord your God who called you out of Egypt. Therefore..…” The formation of the Israelite nation in Exodus 1-40 , including the events from the call of Moses, the Plagues in Egypt, to the giving of the Law at Sinai and the sealing of a covenant with Israel in a unique covenant relationship contrasts dramatically with the events of 1776-1791–the Declaration of Independence , the Revolutionary War, the United States Constitution, and the Bill of Rights.

Certainly the majority of those who signed the Constitution confessed Jesus as Lord but our Declaration of Independence and our Constitution nowhere envision a theocracy but rather a Constitutional Democracy for believer and unbelievers alike; built on natural rights given to all humankind by their Creator. Jesus is never referenced. This nation has at times been used by the Lord God, but the identification of the U.S. as a New Israel Theocracy by the politicians confers on her a false identity which sets up a fabricated analogous framework that in fact does not exist.

For example, if we are the New Israel then our enemies are always the “antichrist” as well as the “Canaanites.” The real founding fathers of 1787 sought to found a country where people share the peace who do not share the faith. This was the American experiment! It has worked.

So when our LGBT friends ask us to bake a cake for their weddings or insist on using the bathroom they feel most comfortable using these people are not the enemy. They are exercising their rights in this constitutional democracy. I do not agree with them and I have told them so on many occasions. But how do Jesus’ disciples move forward to witness to Christ’s love in this democracy ?

Some will choose to disobey rulings of courts. That’s an option. But others may choose to bake the cake or go to the same bathroom and others may take it one step further. Let us recall the demand by the Roman authorities of Jesus’ day that Jesus’ disciples carry the soldiers loads a mile. Jesus looked past the culture wars of that day and told his disciples “If anyone asks you to go one mile go with him two.” To put it into todays terms—when asked to bake a cake for a wedding we might offer to bake two. Matthew 5:41