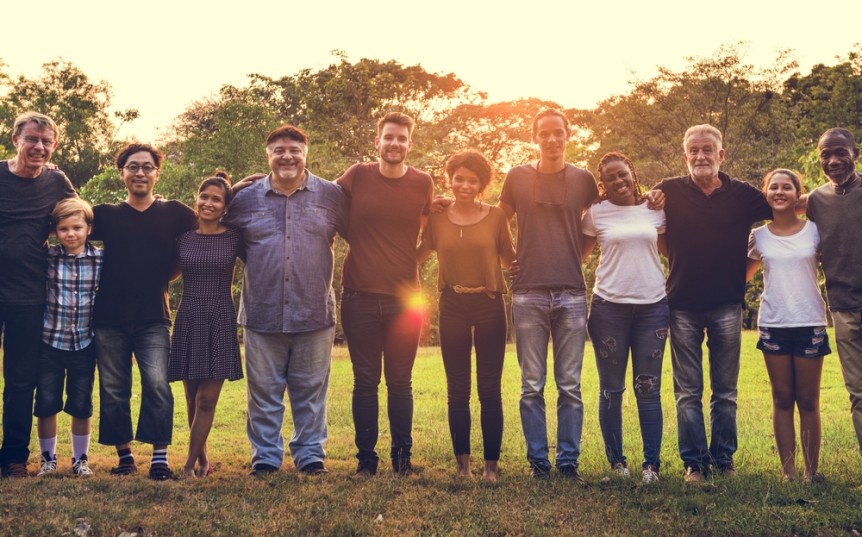 In a 2nd century letter from the Church at Smyrna to the church at Philomelium witnesses to the martyrdom of Polycarp, Bishop at Smyrna, described what happened the day of Polycarp’s martyrdom, February 23, 156 a.d.  Polycarp, according to church tradition, had been discipled by the apostle John. Years after John’s death Polycarp finds himself confronted by the Roman proconsul Quadratus who is attempting to compel Polycarp to curse Christ and swear that Caesar is Lord. For Quadratus this was simple patriotism-nationalism. All good citizens believed in all the gods of the empire.

But Polycarp resists because Polycarp lives under one Lord-Jesus. Polycarp then summarizes his entire life in one sentence: “Eighty-six years I have served him and he never did me any wrong. How can I blaspheme my king who saved me?”  Polycarp goes on, If you vainly suppose that I swear by the fortunes of Caesar as you say and pretend that you do not know who I am, listen plainly, I am a Christian.”

Later Polycarp clarifies his allegiances: “For we have been taught to render honor, as is befitting, to rulers and authorities appointed by God so far as it does us no harm.” Polycarp ‘s resistance came from a sovereign distinct from Caesar, namely Christ the Lord. Polycarp says he believes the proconsul Quadratus and Caesar are authorities appointed by God to whom honor is due. Polycarp was a citizen of Rome, but more importantly a citizen of heaven.

Polycarp knew that Christ who is God had given Quadratus authority and that Quadratus was demanding that Polycarp renounce the King who gave Quadratus authority and that to Polycarp  made no sense!  Two distinct authority structures colliding: church and empire. One person-Polycarp-dual memberships -clash of church and state.  Political authority mediates divine authority while being limited and placed under judgment by divine authority. The Christian as a citizen of the state is under it’s limited and derived authority; as a member of the church he is under Christ’s absolute authority and Christ is divine. Christian political authority seeks to understand these dualities and live faithfully within these tensions!

Polycarp’s profound understanding of the competing authorities graphically dramatizes the early Christian posture toward the state. Christians are not opposed to Caesar’s presence, as servant of the Lord, but when Caesar asked for absolute obedience and a total allegiance Caesar was resisted on confessional grounds: Jesus is now the world’s only true Lord. This confrontation was ultimately about who is in charge of the world? It still is. Especially now!

The early Disciples relentlessly confessed Jesus as Lord of heaven and earth, the physical and spiritual, Sunday and Monday, public and private space.  Nobody got their marching orders from Caesar. They got them from Jesus, if they were in the Church of King Jesus.  Quadratus believes in all the gods of the Empire. His politics is way bigger than his religion. In facts his religion was his politics. So when Quadratus a Roman official attempted to coerce Polycarp a bishop of Smyrna to deny Jesus and confess Caesar as Lord all Quadratus really wanted was for Polycarp to go along with the political religion of the day. For Polycarp, that was not an option and it is not an option now

Polycarp’s witness to Jesus at the moment of his death speaks to us decisively in 2018. His witness was not to trash talk Quadratus. His witness was not to rail about the immorality of the current Roman administration. His witness was to publicly and humbly confess Jesus  in the flames-his words explained his actions. His actions made his words leap off the page into my heart:   “Eighty-six years I have served him and he never did me any wrong. How can I blaspheme my king who saved me?”  Polycarp is a sign to us-signs point like arrows to another world. Kingdom signs point us away from the pettiness of this political moment to the resurrected Lord, prayer and acts of justice.

Has our politics in 2018 become our new religion? I recently asked a woman ten times to forgive me for writing a blog she disagreed with. I think she might have forgiven me on the tenth try. She finally admitted to me her problem was she could not forgive me for politically speaking, disagreeing with her. It was as if I worshipped the wrong God. Something or someone loomed larger than Jesus in the room.

But not to be outdone, others are still railing against Trump in the church I attend. All of their Identity politics hopes and dreams died when Hillary lost and they seem permanently stuck in despair-rage. Their politics-religion has swelled up in anger and Jesus is seldom mentioned.  Something or someone looms larger than Jesus in the room.

If we are in fact public witnesses to Jesus then our Facebook pages will reflect that. Reds will not unfriend Blues and Blues will not unfriend Reds.  Practice the politics of Jesus: announce the Good News; have coffee with a political opponent; welcome a refugee; visit the prisoner; feed the poor; help the destitute, pregnant, unmarried girl; love the gay couple even if you disagree, and always announce the Coming of the One who will make all things right.

Only one person is worthy of my public witness: “Seventy five years I have served Jesus and he has never done me any wrong. How can I now at this late date trash talk and rant against those with whom I disagree in the name of Jesus who has not trashed me, a sinner?” Donald and Hillary are passing away. Jesus is in charge!  Blessed be the name of the Lord!