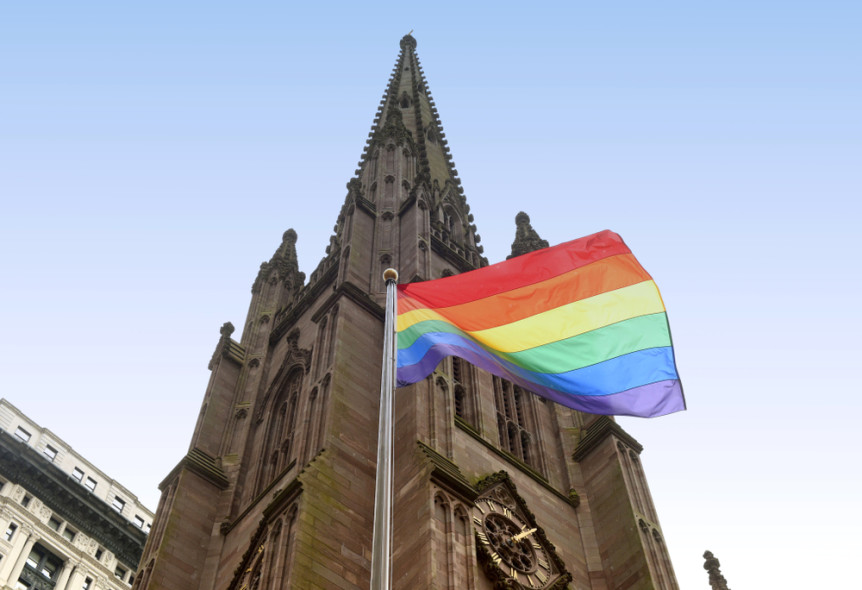 Maybe of greater importance for the church is this: How is it that after June 26, 2015 a disciple of Jesus suddenly abandons the biblical worldview of marriage as being between a man and a woman, and instead advocates the acceptance of homosexual couples in the church? Such a position adopts public policy as the law of the church. The state becomes the church, and the church collapses into mirroring the values of the larger culture. The church in the wake of the world’s pressure effectively renounces any notion of Christ opposing the national culture. The consumer is always right. The biblical worldview collapses into “the right to marry the one you love” as the moral absolute for those in and out of the church. The pastoral word is shrunken to “do not judge” and the culture’s chaos invades the church.

The church’s surrender to legal and cultural pressure is what most concerns me. It is a sign of death in the life of the church. The public policy of the United States is not the way of the Lord.

The most prominent arguments made for the church affirming homosexual marriage come not from Scripture but from democratic liberalism. This is where so much of the difficulty lies in the current dispute within the evangelical church. Words such as rights, pursuit of happiness, liberty, and justice are employed without grappling with Scripture. Several cultural propositions must be held up for critical consideration:

The Church Under Siege

In addition to liberalism’s arguments referenced above, the wider culture is now unleashing judgmental broadsides against the church:

[1] Sarah Coakley, The New Asceticism (New York: Bloomsbury, 2016), 137-138. The list of arguments is taken in part from her reflection on where these arguments originate –Scripture or culture.