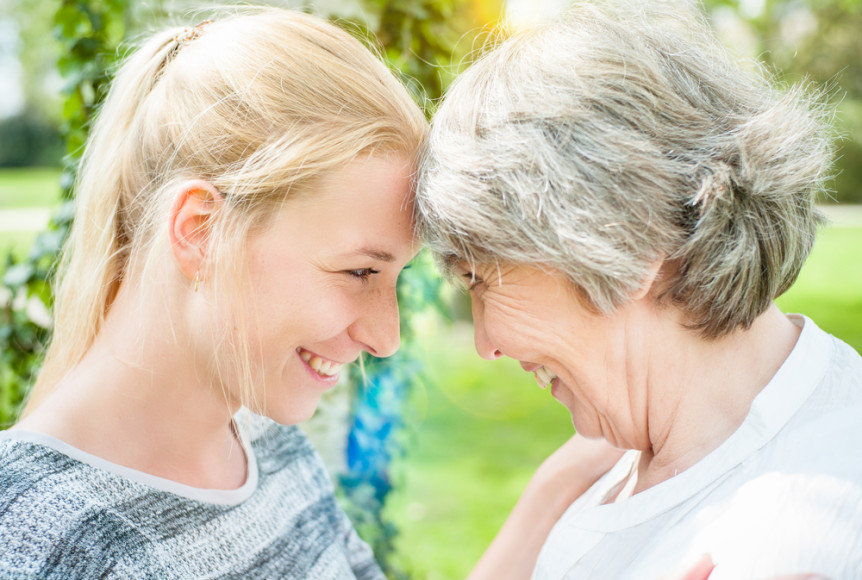 We medicalize aging and death; the body is little more than a machine. Aging and death has to do with the breaking down of the parts of the machine that make it work. We see no meaning in aging and dieing other than the failure of the machine’s parts to work properly so as to sustain life. When the medicalized definition of death dominates the only alternatives to this breakdown is a medicalized solution-ship the aging and/or dieing to a medical facility.

Coupled with this is a market vision of life. Within consumeristic unrestrained capitalism we are , more than anything else, getters and spenders. In order to live in a producer-consumer culture we must not be tied to place but follow employment; not tied by time but willing to work all hours and days of the week; not tied to any particular group including church or family; that we have families is not singularly significant because it may distract from our flexibility for the work of producer-consumer. So we are dismembered, reduced to a series of functions that we exercise with no principles of continuity except to meet the demands of the market.

So this market driven culture sees success as the pinnacle of life. Making money creates prestige, creates a following-people who desire wealth-who then follow the dictates of the financially successful. The 20 something entertainers, athletes, and movie stars tell us what is important and how to achieve it. We are giving the power of culture formation over to the least mature. Success as fame and fortune becomes a value far surpassing faithfulness, loyalty and forbearance.

Several years ago Sandra Bullock won the Academy award for Blind Side. That same year she went through a divorce which ended her only marriage of a few years. However, the destruction of a love relationship in which the man and woman exchanged vows was hardly mentioned while the academy award was hailed far and wide. The divorce was no big deal. So does this culture really value faithfulness, wisdom and maturity?

This culture teaches us to desire perpetual youthfulness; to abhor aging. Fake youthfulness as long as you can! But this becomes very burdensome. We foster the empty self that feels good. To feel good has become the ultimate desire and in order to feel good we must deny signs of aging in ourselves and others. The Psalmist cries out, “Teach us to number our days.” We work very hard at hiding the number of our days. At the last biblically speaking we are “full of days” and awaiting death and the resurrection. Death in Christ is as Bonhoeffer said, “The last stage on the way to freedom.”

The medicalization and market driven lenses for viewing human life is part of a comprehensive way of thinking about ourselves and others that has its origins in modernity’s hostility toward tradition, including the apostolic tradition embodied in the New Covenant scriptures. The past is no longer our tutor.  The aged are not the bearers and transmitters of an authoritative tradition, but rather economic burdens on society and their families. The aged are alienated because we see them as superfluous. Where scripture and the faith tradition is recognized the telling of stories by the old to the young about their faith and about the living past is an indispensable part of life. When tradition goes unrecognized the stories of the old witnesses become boring anecdotes. Within this market driven culture an old man who has been married to the same woman for 50 years is not considered someone we need to get to know.

The wisdom of the elderly is absent from our lives largely because we no longer believe that scripture based and Spirit created wisdom exists in the elders. Yet the Lord’s counter culture, the Church, rejects such nonsense. We practice intergenerational living .Young and old need each other. We are designed to live in relationships of mutual sharing right through death. The Church cannot do without the embodied wisdom of the past, the great tradition. The “Cloud of Witnesses” within Hebrews 11 all died in faith not having received what was promised but having seen it and greeted it from afar. It is they who speak now-the Church of the Living Dead. The biblical witness is on the side of the similarity between the generations.

All followers of Jesus practice watchful waiting for the kingdom. The accumulation of waiting bestows on the older a wisdom to which the younger should attend. The aged ,yet prophetically discerning , Simeon and Anna, discern what many half their age missed, thereby becoming the prophetic chorus who welcomed Jesus into the world.( Luke 2:22-38) During the fourth quarter of life the wise, discerning , aged, witness to the mighty acts of God in the world. Their example among us is a powerful moment of testimony. Simeon and Anna are alive and well in every church I know anything about. It’s time to honor old and young for we are one and we really need each other!