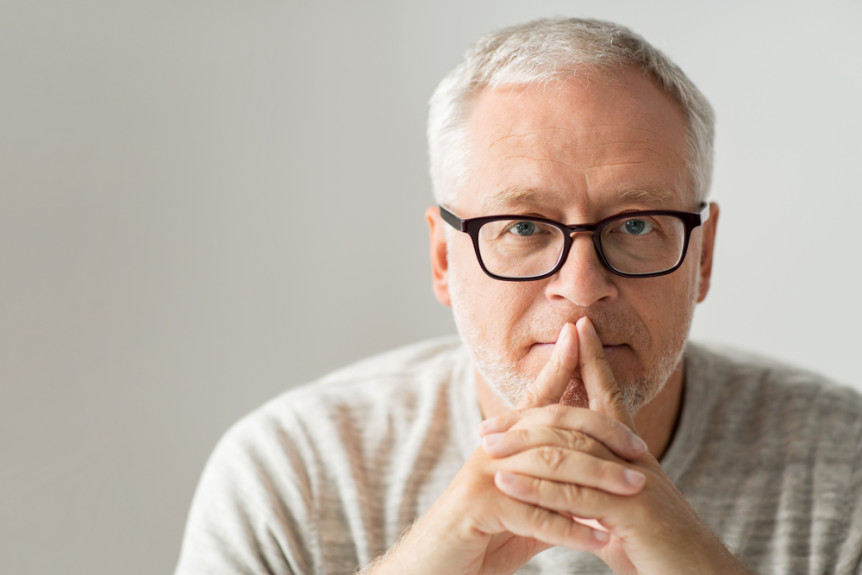 Senior connotes an age reached; a season of retirement to uselessness. Retirement is seen as a point of self-indulgence, a time of slackening. A time when learning and leading stops. This is the temptation of seniors. This self-indulgence takes us out. Makes fools of us. We stop taking ourselves seriously. We are undermined, defeated, diminished, and deflated as disciples; reducing us from laborers to spectators. Modern churches organize trips, parties, socials for seniors, but do not expect seniors to discover, nurture, and use their spiritual gifts. Seniors are reduced to the status of a child to be entertained. This is not the biblical idea of elder.

For this growing army of seniors, unhappiness is more terrifying than eternity. We think we need Viagra more than we need the Holy Spirit. We still visit the “House of God” on Sunday, just in case the Story is true. The modeling of self-centeredness by the 65-85-year-olds helps make the coming generations a little more self-centered and feeling a little more entitled to happiness at all costs. During the night while we slept, the enemy came over the wall and took out the elders, leaving the church, the newly converted, and the youth unprotected.

It is true that some of us are ravaged by Alzheimer’s and other dementing and disabling diseases. Yet many of us are not ravaged by any disease other than sin. In fact at age 75 the unpredictability of our health is greater than ever. By 2020 18% of U.S. citizens will be 65 or over, that will be just under 30 million people. Decline is the interpretive key that dominates our cultural understanding of aging. The reality is that decline can be drastically modified by exercise, good eating, good work, and relationships with other loved ones. We think of the aging as over the hill because we cannot imagine a life after youth is gone or middle age. We evidently never heard of Winston Churchill, Moses, John McCain, or Charles Stanley. As to physical health there is more variation among the elderly than any other segment of the population.

The prominence of biblical elders, shepherds, overseers in scripture suggests that we need wiser older people, men and women among us; that mono-generational living leads to unwise living. The opposite of wise is foolishness. Foolishness encourages youth to live primarily in isolated cyberspace. Foolishness abounds when there are no conversations among the generations in which the village elders describe what they see when they oversee the years of a life in Christ.

Elder connotes what-if not elder? Elder connotes older, aged-like a good wine. Elders are elderly-elderly is not a bad thing any more than youth is a good thing. Both words, elderly and youth, describe. They do not set values. The fact is both are treasured by the Lord God. In Japan the culture’s highest value is the valuing of her aged citizens. In Japan, there is even an Honor The Aged Day. What happened to us?

When Christ came into the world children were not valued, especially little girls. Now old people are not. This is a barrier to functional community; the dispensing of wisdom from one generation to another; the transmission of the faith from one generation to another. It is a barrier to biblical community. According to scripture “sheep without shepherds” is not a good thing! Have we forgotten?

The very pinnacle of life has nothing to do with physical youth. Physical youth is a grand and glorious thing. The climbing of Mount Everest, the 48-inch vertical leap, and the 100-mile fastball are the fruits of our youth, but they are not the summit of life. The birthing and rearing of children is crucial for the human race, but though it is an important time of many wonders and challenges, it is not the final stage of the mature man or woman. Reaching great success in a profession may be a great act of worship to God, but Scripture nowhere speaks of such fruitfulness as the goal of our days.

The summit of our lives — the final, most glorious blossom of life’s flowering — is our shepherding service to the coming generations within the body of Christ. This is the grandest time of our lives. It is the time of greatest service because a lifetime of living is offered up to others. It is an enormous act of service and faith. The extent of this service becomes even more significant as it is given in the winter of our years. This, in death’s face, becomes the final mocking of death by the aging follower of Christ.

The world and the church are far more in need of 65 to 85-year-old shepherds than it is in need of another youthful, inexperienced hireling who is mistakenly called senior pastor. One 75-year-old servant-shepherd can literally save the lives of fifty beginners. But only if maturity has occurred! Only if we have stopped listening to the lies. Only if we have suffered through to character formation. Only if we have prepared for this by sacrificing our little versions of the American dream. Only if we now humbly number our minutes in the fourth quarter.